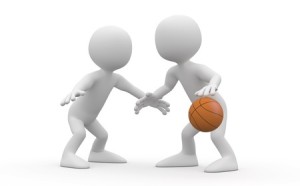 Trademark law in the United States differs from most other countries in that we have a system that establishes trademark rights simply based on use of the name in connection with particular goods and/or services.  While a federal trademark registration confers a number of rights and benefits on the trademark owner, registration is not necessary to establish rights in a trademark name.

Under the “common law” concept of trademarks, it is possible to have trademark rights based simply on prior use of a name in a particular geographic region even if you never seek or obtain federal trademark registration. Hence the name, “prior use rights.” So far so good, this is fairly straightforward, right? Not so fast. Common law trademarks, or prior use rights usually become an issue where there is another user seeking to use or register the same name in connection with the same, or related, goods or services. This is where things get complicated.

Under the Trademark Act, a trademark registrant establishes its “constructive use” date and nationwide priority on the date its trademark application is filed, whether based on actual use or intent to use, except against a person who began using the mark prior to that date (or applied for and ultimately obtained registration of their mark). Thus, a “prior user” is any party who began using the mark somewhere or applied for the mark prior to the registrant’s application date. Section 22 of the Act also provides that registration itself creates “constructive notice” of the registrant’s claim of ownership of the mark, thereby precluding anyone else (including a prior user) from claiming any good faith, expanded or innocent use of the same mark after the date of registration,regardless of where the registrant actually uses the mark.

We’ll consider a few possible scenarios to see how this works from a practical standpoint.

What are the rights of a prior user (A) versus a junior user (B) in general?

What if a junior user (B) applies for federal registration of the name (i.e., nationwide use and ownership rights) before the prior user (A)? How are rights determined and divvied up?

Is it possible for a prior user of trademark and a junior user to both obtain federal registration?

There are other issues to consider as well, including how long the mark has been registered and whether it has obtained incontestability status. But for now, that’s the basic overview of how common law rights work vis-a-vis trademark registration. It also highlights the importance of the common law portion of your trademark searching.

For more information on common law trademarks vs. federal trademark registration, or to discuss your trademark concerns, contact us today for a complimentary consultation, (800) 769-7790, or via email. We’re always happy to hear from you!

More About This Article

Disclaimer: The hiring of a lawyer is an important decision that should not be based solely upon advertisements. Before you decide, ask us to send you free written information about our qualifications and experience. The information you obtain at this site is not, nor is intended to be, legal advice. You should consult an attorney for individual advice regarding your own situation. Any testimonials on this website are from real Flat Fee Trademark customers. Testimonials do not guarantee or predict the outcome of your matter.